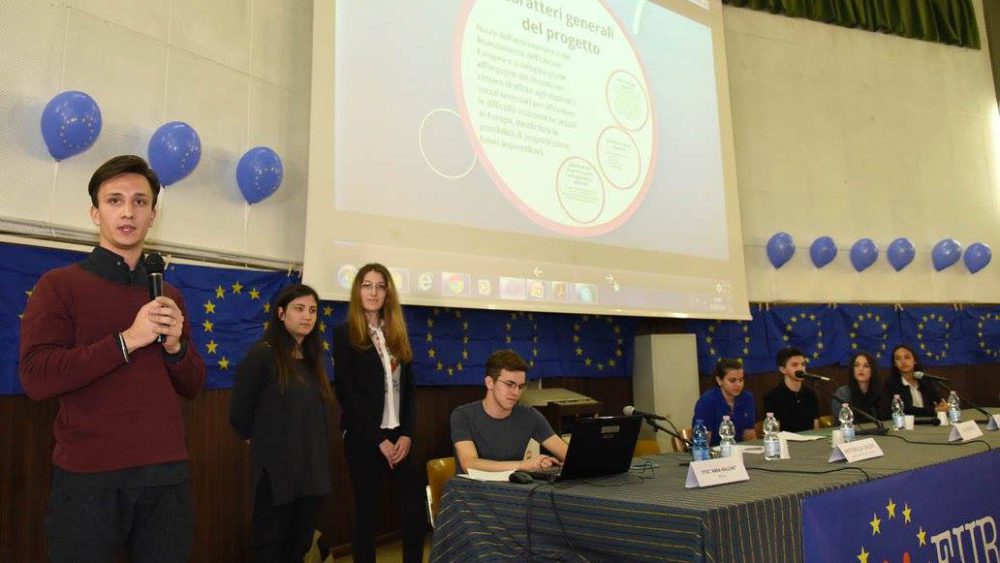 A summer full of European opportunities for the students of the schools Capirola (Leno), Levi (Sarezzo), Einaudi (Chiari) and Euroscuola (Brescia)

The end of the school means holidays to a lot of students, but not to the participants of the project TRAIN (Trainings in Europe for the sustainable development of the local areas), to them it means opportunities. Several students from the high schools Capirola, Levi, Einaudi and Eruoscuola are leaving in these days to live a two or four weeks internship experience in foreign organizations and companies that work in the field of tourism, international relationships for marketing and building of environment and territory. The destinations are Seville, in Spain, Plymouth and Portsmouth in the England, Belfast in Northern Ireland, Perpignan in France and Berlin in Germany.

The first five students of the school V. Capirola in Leno left on the 14th of July for Spain, their destination is the capital of Andalucía, Seville, where they found our hosting partner INCOMA waiting for them; they will come back to Italy on the 10th of August.

The city of Portsmouth, in Hampshire, on the south coast of England, will host from the 15th of July five students of the school Capirola, who will leave back on the 11th of August, after being reached by five more students from the same school; the partner there is the organization IBD, specialized in hosting young students.

Ten students, five of the school Primo Levi in Sarezzo and five of Einaudi in Chiari, on the 16th of July will leave for Plymouth, a city in Devon county, south west of England and they will stay there until the 12th of August, with the supervision of our partner ALMOND VOCATIONAL LINK.

From the 20th of July until the 16th of August three students of the school Euroscuola in Brescia, will be in Belfast, capital of Nothern Ireland, and from the 21st of July to the 5th of August ten more students from the same school will reach them, in the Irish city our partner is INTERN EUROPE.

More departures are expected for the end of August for Perpignan in France and Berlin in Germany.

At the end of the internship, the students will receive all the documents, that will be very important for their vocational and working future: the participation certificate released by the hosting companies, the certificate released by the hosting organization, the certification released by Mistral and the Europass Mobility, a document written within the intermediary authority and the sending and hosting organizations, that contains the information about the experience, the job carried out and the competences acquired.

The project TRAIN; funded by the European Union in the field of Erasmus+, started in November 2015 and it will end in September 2016, with the sending of about 180 students from Brescia.